The Australian Army Stiletto (AAS) has returned to service! While it will only be tasked with ceremonial duties, an important link with the past has been established. 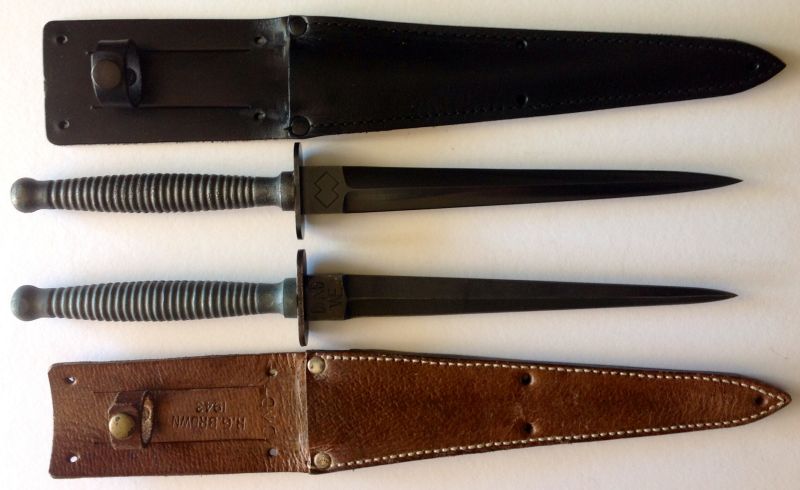 This small run of knives was commissioned by Defence for the AAS's official unveiling on ANZAC Day 2014. The AAS was worn by the Catafalque Party during the Dawn Service by members of the 2nd Commando Regiment.

The AAS blade has been hand ground, heat treated, die stamped and blued in the Whittingslowe style using traditional methods.

The handle has been sand cast in Mazak and chemically aged to give it an authentic patina. The cross guards have been numbered 01 - 05 and in acknowledgment of MAJ Harry Harcourt's service as a Commando and his role in the development of the knife the cross guard bears his service number TX2156 in tribute. The sheath is a replica of the original 1943 model but has been produced in black as is the tradition for ceremonial accoutrements.

Further development of the knife is ongoing and will see the AAS issued in a similar form to serving Commandos by the end of the year.

The AAS is reminiscent of the British Wilkinson Sword made First Pattern Fairbairn-Sykes fighting knife (F-S) on which it was based.

The revival of the AAS's is an acknowledgment of the role it has played and its uniqueness on the world stage just like the uniqueness of the modern Commandos of today. The distinct Australian aspect to the AAS and in some respects its improved design on the F-S, make this knife highly desirable and quintessentially Australian.

Two WW2 manufactures produced these knives being Gregory Steel Products (Gregsteel) of Melbourne and also Whittingslowe Engineering (WE) of Adelaide. The knife was produced in three versions, one with a wooden handle and one alloy handled knife with a bright blade both by Gregsteel, as well as one with a blued blade by WE.

The original AAS was specifically designed for Commandos in June 1942 by the Commanding Officer of the 2/6th Independent Company, MAJ 'Harry' Harcourt. It is believed that MAJ Harcourt designed the AAS in collaboration with members of Mission No 104, who were from the British Special Operations Executive sent to Australia to raise special resistance units capable of waging guerrilla warfare such as the Independent Companies and Z Special Unit. The AAS was commonly referred to as a 'Harcourt Hacker' by members of the 2/6th in affection for their CO, a name that endures to this day.

Evidence shows that this knife was used not only by the 2/6th but also by several members of other Independent Commando Companies in the Pacific campaign and by Z Special Unit on Operation Jaywick (the famous raid on Singapore harbour).

Approval has been given for members of both 1st Commando and 2nd Commando Regiments to wear the AAS on ceremonial occasions when in ceremonial orders of dress whilst bearing arms. The AAS will also replace the issued bayonet as an accoutrement when dressing caskets for both repatriation ceremonies and service funerals for OR's up to the rank of WO1.

The knife comes with a full grain black leather sheath for Soldiers to match the current parade belt and a brown sheath for Officers and Warrant Officer Class One (WO1) to match the Sam Brown Belt. Each knife is individually serial marked on the cross guard for issue and will be recorded in a unit ledger for posterity. The AAS comes with a certificate of issue should members wish to frame it in the future on completion of their service.

The blade is marked on both sides, on the front with a double diamond the universal symbol for Australian Commandos of all eras and on the reverse with the defence ordinance mark (broad arrow) signifying that this is a Defence requisitioned item. These two distinguishing marks along with the serial number signify that this knife is issued to a qualified Commando and is not for commercial sale.

The revival of the AAS further strengthens the historical link between WW2 Commandos and their modern day counterparts as they carry on their linage and seek to forge new customs and traditions. The AAS embodies what is at the core of the Commando ethos being 'offensive spirit'. This spirit has become the hallmark of the modern day Australian Commando and has earned them many accolades in the service of our nation. 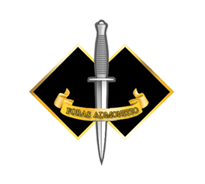