In 1913 the British Army approved a specification for "KNIFE, Clasp, with Marline Spike and Tin Opener" which was known as pattern No: 6353/1905. This pattern was made by various British manufacturers. Examples are known that were made in the US by EC Simmons Hardware and are marked with the Keen Kutter brand. There may have been other US makers.

Most of the pattern 6353/1905 knives shown below have no provenance that connects them to a member of the Australian Imperial Force. The knives featured here are displayed as examples of this pattern to help collectors with knife identification.

Knives with a story do exist.

We have here an example that is in the Museums Victoria Collection.

Summary
World War I army G.P. clasp knife with a deflection mark from ball shrapnel or a bullet. Its owner was Corporal Cousland of the 22nd Battalion, service # 3808, A.I.F. His life was said to have been saved by the knife in France. A knife like this was usually carried on a belt, but he decided to carry it in his top pocket, where he was struck. 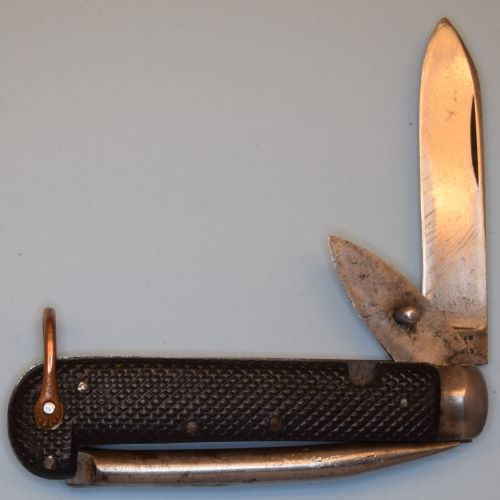 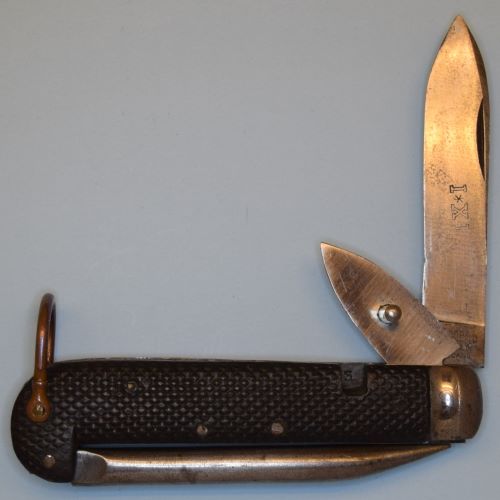 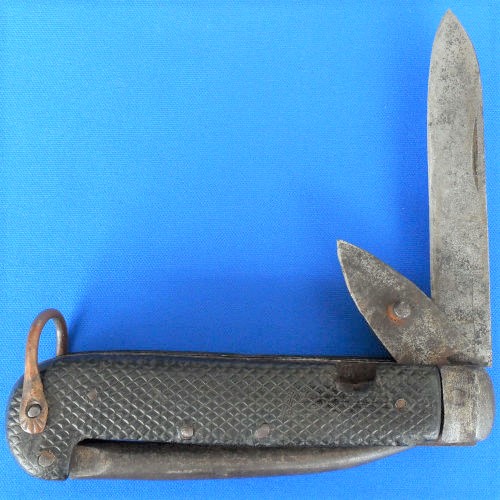