This knife is slightly heavier than the other first pattern clasp knives. The most significant difference with this knife is that it usually has a steel shackle, however one with a brass shackle is known. 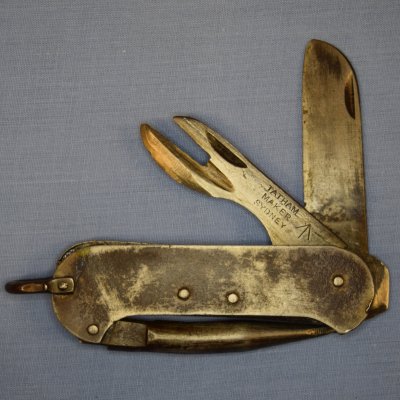 The makers mark is located on the LHS of the tin opener. 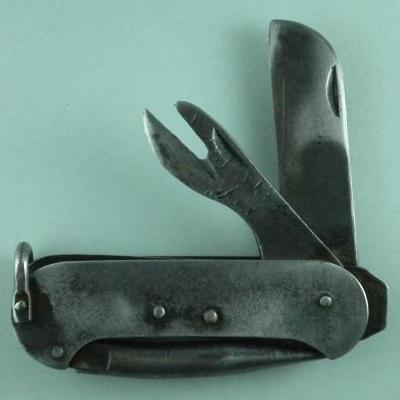 The only marks on these clasp knives are located on the marline spike. 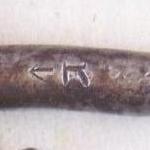 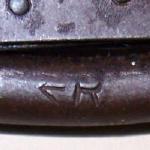