These knives are often referred to as Fairbairn Sykes Fighting Knives. While this is not so, the description does have some merit. It appears that the British Instructors who were sent out to Australia to help set up the Australian Independant Companies (Commando's) brought their own Wilkinson Sword First Pattern Fairbairn Sykes fighting knives with them. Representatives from Gregory Steel products in Melbourne met with these men and from that meeting drew up the design of the Australian Army Stiletto (AKA Australian Commando Knife). This explains the distinct similarity between the Australian Army Stiletto and the Fairbairn Sykes fighting knife, however there are some clear differences, the blade is shaped differently, it is narrower and thicker on the AAS. They are most similar in their intended use.

There were two manufacturers of the Australian Army Stiletto:
Greg Steel in Melbourne and
Whittingslowe Engineering in Adelaide

The most common version found is with the cast "Mazak" handle. Some by Greg Steel had a wooden handle.

Five types of sheath are known. A cut down bayonet scabbard, a canvas sheath which did not withstand the rigours of the tropics and three versions of a leather sheath. One tapered conforming to the knife, one with a tapered section holding the knife attached to a rectangular base. Two of the leather examples are shown below.


Markings on the Knife 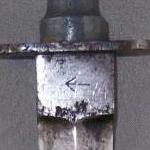 
This Whittingslowe Commando knife (Australian Army Stiletto) has a distinctively different handle. This handle is much more comfortable than the original design in Mazak shown on the knife above. This knife may have had a replacement handle fitted or it may have been a prototype for a new style handle.


Markings on the Knife 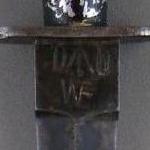 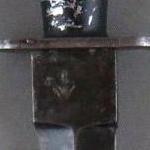 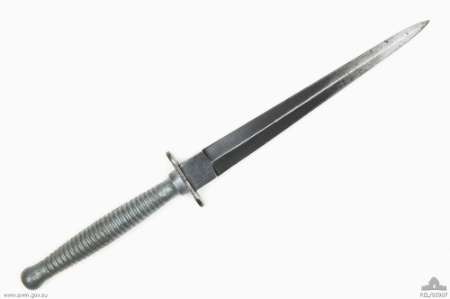 For some extra information on the Australian Army Stiletto, an excellent paper put together by fellow researchers Michael Lobb and Trevor Ball is located here in pdf format.

The Riddle of the Inspection Mark

Many examples of the knives; both Australian Army Utility Knives and Australian Army Stilettos made by Whittingslowe Engineering of Adelaide during WW2 have a mark on them of a Pheon (arrowhead) /I\ and an I.

Because knives issued from Indian armories during the war carried a similar mark, many people have jumped to the conclusion that Whittingslowe knives with the "I" must have been issued from India.

Both of the Australian Army Stilettos shown above show this mark.

On the Australian Army Stiletto alone, I find it hard to believe that a knife as rare as it is would have gone all of the way to India to be issued.

Frankly it is not conceivable that this could have have been the case. These knives were made here in Australia for immediate use by our Special Forces.

Inspectors marks or acceptance marks are quite often found on the knives and other pieces of equipment. I believe it is just coincidence that the Inspectors mark used on Whittingslowe knives was an "I".

Ernst Bros of Melbourne produced this striking dagger design. There is evidence that Ernst Bros supplied "Palette Knives" and "Knives Curved Tip" for the War effort in WW2. However only sales of ₤200 or more were recorded at the time. It is likely that the production of these knives was in very low numbers and if supplied to the Commonwealth Government did not exceed that threshhold. The knives are unmarked. They carry no makers marks or acceptance marks. They may also have only been made for the Private Purchase market. Either way they have been identified as being produced for the war effort. 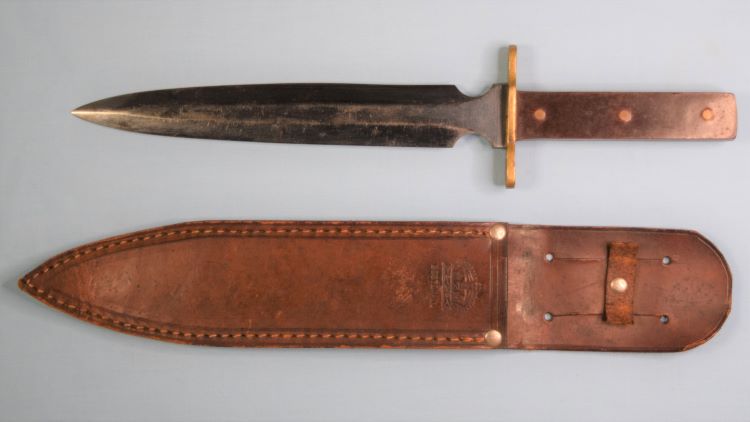